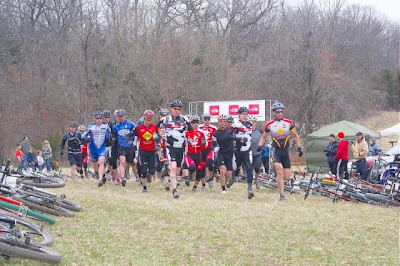 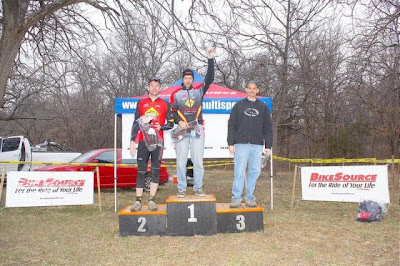 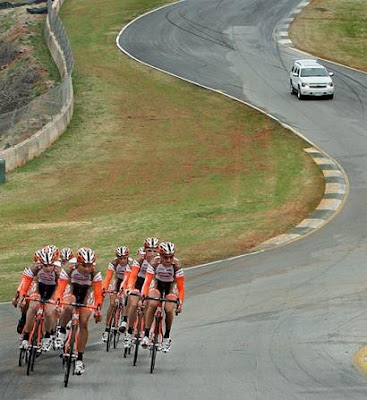 What's is the significance you might be asking? Many years ago, I raced a Norba National that started and finished on this race track. The first person that can guess what year that was gets.....absolutely nothing, but tell me when it was I forgot! I will give you one hint. MAX JONES WON. That's also a former teammate of mine, Neil Shirley trying out the course with his Jittery Joes teammates. Bonus Question: Guess which team me and Neil were teammates on!
Posted by Mark Studnicki at 2:05 PM

Haven't raced since that first MTB race on March 9th. Last weekends 3-hour Heartland race was rained out and postponed to this coming Saturday. Could have did a road race last Sunday but did a long road ride instead and got wacked in the back by something some kid hit me with as they drove by. Lovely! The hasn't exactly got me all fired up to ride on the road lately. 2 of the Tuesday nite "Worlds" crit's are now in the books. I'm not a good sprinter anymore (if I ever was) so I just try to stay with the main group till the bell lap then start looking for a safe way to get the hell out of the way. Local fast guys like Shadd Smith, Adam Mills, Steve Tilford (once in a while) keep this a fast 45 minutes. Bill Marshall is flying this year flying the new Mercy colors. The new local 360 Racing team is always out there in huge numbers. Trails finally dried up and I got in some great MTB riding last weekend. Fitness is OK, technical skills are questionable, disire to race is wavering. Knowing that i'll do good and probably podium shouldn't be the driving force getting me to the race. I have plenty of more-important things on the home front to deal with. I sorta wrote the book on fitting in a LOT of races into a busy life. Of course the races were mostly productive at the expense of the busy life. Times are changing (for the better) and so is my opinion on continuing to put racing first. I've been riding to work and back lately (live in Lenexa, work in KCK). Did it last Friday, this past Monday(25 degrees) , and today. Takes about 45 minutes(12.5miles) each way on the single-ring CX pit bike if i'm leaving from or going to Kristine's house (My house is over in Falcon Ridge near Woodland and K-7 - will probably start commuting from there later in the year, that's about 1 hour and 16 miles each way). I often take an extended way home to add some miles. I might start doing that on the ride in if I can get my ass out of bed a few minutes earlier. It saves me about $6 a day in gas if I ride to work.
Posted by Mark Studnicki at 7:19 AM 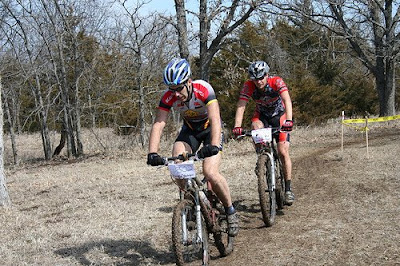 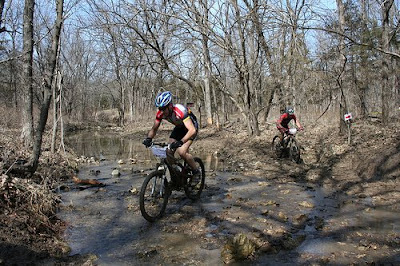