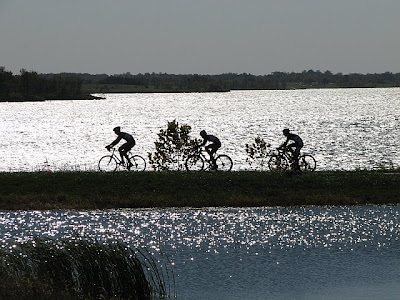 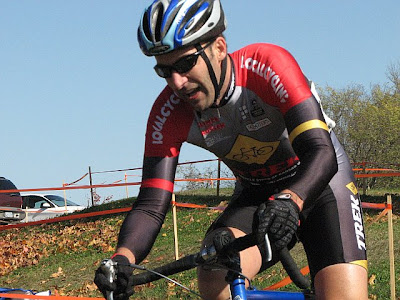 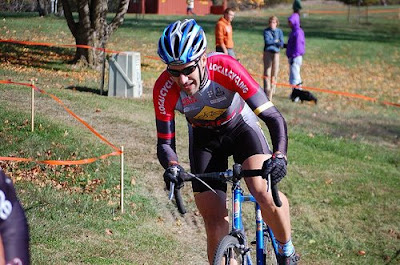 Same course with just a few little changes. A bit colder, but the wind was even worse. Another good start with Shadd Smith, Bill Marshall, and Cameron Chambers. The wind made for a very tactical race. Some sections of the course were a death sentence if you were by yourself. Shadd Smith quickly took a small lead with me, Bill, and Cameron sticking together. Cameraon left us and bridged across to Shadd and then went off the front solo with Shadd soloing in 2nd. The race for 3rd was tight then entire race with myself, Bill Marshall, Kyle Bush, and Shad Shreiner trading punches the whole way. Countless surges by everybody but it stayed together. Coming into the bell lap, Kyle Bush and Shad Shreiner got a small gap with me and Bill not far behind. I put in a big effort coming up the paved finish hill and nailed then first grass section and clawed back onto Kyle and Shad's wheel. this surge sent Bill out the back so now it was down to a 3 man race for 3rd. Hitting the paved path section after the wheel pit, Kyle put in a surge that I couldn't respond to right away but Shadd stayed on. I got back onto Shad's wheel a bit later but it put me in the red one last time I couldn't hold it. Rolled in for 5th, final podium spot. Kudos to Cameron on a great race, especially since he was on a bike he'd never ridden before. During practice, he attempted to ride the run-up and came to a rather grim ending. The down tube of his frame snapped and the fork went straight back. He was a bit shaken but shook it off and came back on a borrowed bike. That's just shows how good he really is. Now that I have my training program fixed, I feel 100% better physically , but more important, mentally.
Posted by Mark Studnicki at 4:11 PM